It occupies the ridge of the hill of the same name, in a dominating position overlooking the town. Recent studies have helped to revive interest in this monument. Its cavea (semicircular tiered seating) has a diameter of 109 m. It is, with the exception of that of Syracuse, the largest ancient theatre not only in Sicily, but in the Italian peninsula and North Africa. Its original plan is thought to date back to the 3rd century BC. 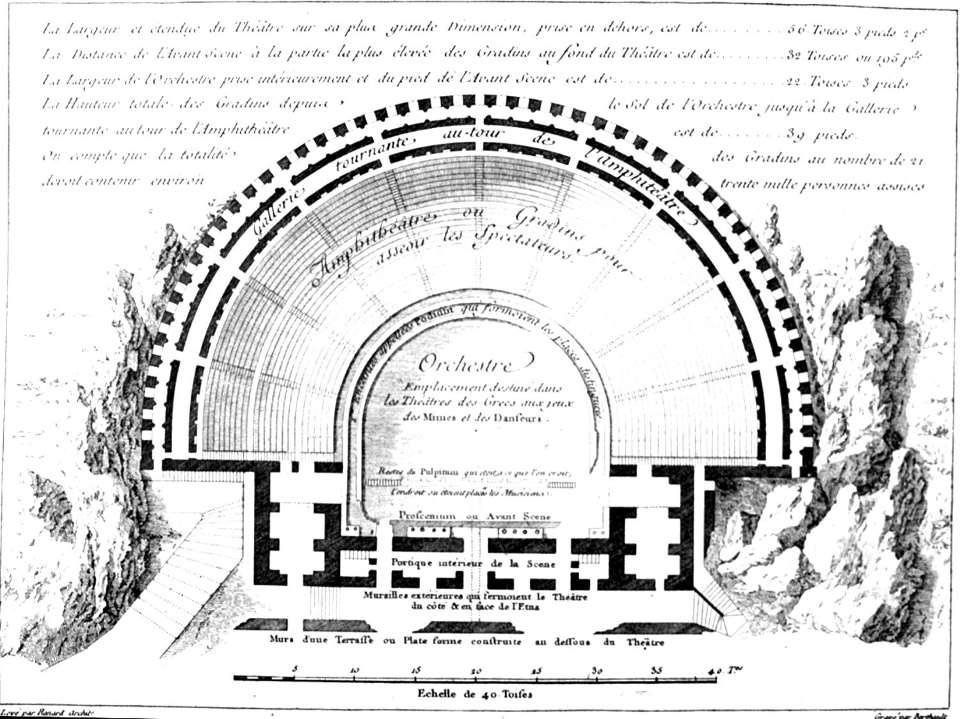 This earliest phase is documented by the remains of a wall built of isodomic blocks, incorporated into the scaena and by stone seats with inscriptions from the cavea. To the same period belong the remains of a small shrine at the top of the cavea, later obliterated by the enlargement of the latter in the 2nd century AD. What is visible of the Theatre today belongs entirely to the Roman reconstruction, more particularly that completed under Trajan or Hadrian in the first half of the 2nd century AD. The high back wall of the stage (scaenae frons) preserves the two lateral doors or hospitalia, while the central one or regia has collapsed. The existing reconstruction of the scaenae frons is due to a nineteenth-century restoration. The remains datable to the Augustan period are scanty; that Augustus had the theatre rebuilt would seem to be testified, however, by a portrait of Augustus, by some heads belonging to statues of magistrates and by the magnificent heads of Niobe and Artemis (see exhibition at Antiquarium) belonging perhaps to a statue group forming part of the decorations of the scaenae frons. 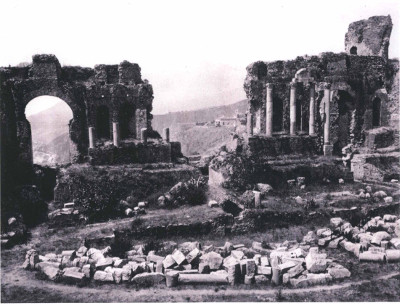 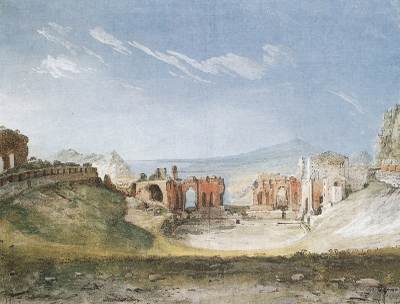