The long brick wall interrupted by niches is the prospect of a nymphaeum which covers a Hellenistic stoa or portico, using its foundation, a fragment of which is still visible on the south end of the structure.

The stoa, like the later nymphaeum face a square or agora, forming one of its sides and functioning as support for the terrace on top of it. In the nymphaeum niches were probably positioned statues, as documented by the recovery of the Parian marble torso of Apollo. 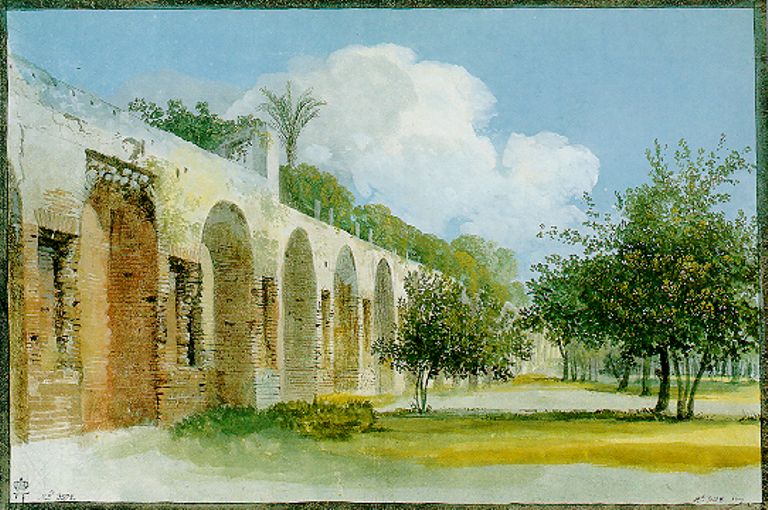 Excavations carried out during construction work of an overlying building have asserted the presence of a great water tank behind the facade of niches. The beautiful acquerello of J. Houel already testified its existence.

The water supply of the city, in the Hellenistic period entrusted to private cisterns, was radically transformed during the Early and Mid -Imperial Era with the construction of two aqueducts and great tanks, such as the one of the salita Giafari, still in use in the modern water supply system.