The sanctuary of Isis and Serapis

lmost certainly urban in character, at least in the Hellenistic period, the sanctuary was situated in the northern sector of the city. Much of its temple survives in the fabric of the church of San Pancrazio, which includes its still intact and clearly visible southern isodomic block walls.

Distyle in antis, the temple stood on a high podium (between the late 3rd and early 2nd century BC). 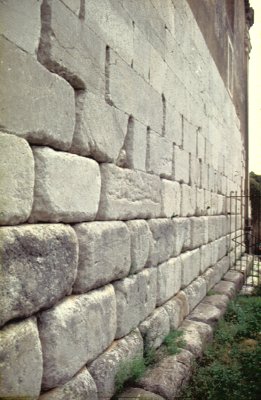 Two inscriptions, one in Greek (2nd century BC; IG, XIV 433), the other in Latin (1st-2nd century AD; CIL, X 6889), enable us to attribute it to the cult of the two Egyptian deities Isis and Serapis.

To this epigraphic documentation the statue of a priestess, datable to the 2nd century AD, gives a vivid testimony of the sacred calling of this area in the antiquity.