The pavement combines polychrome (yellow, pink, red, grey and black) cut and polished pebbles and by relatively large polygonal black and white tesserae; the central geometric panel featuring a diamond shape inside a large square on which there is a six petaled flower on a black background. Four darting dolphins occupy the triangular shaped corners. 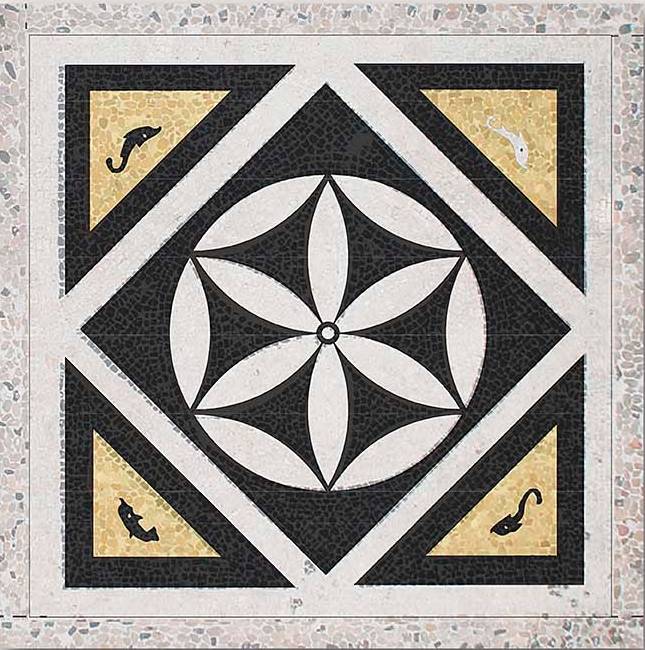 The technique and the style dated from 2nd century BC with parallels in Athens, Delos and Eretria.

The mosaic is pertinent to the unroofed area of the peristyle, courtyard of a private house of which some portico blocks and one column are preserved on the left side.

Black-and-white mosaic in geometric schema with a grid-pattern based on circles forming four flower petals at the intersections, while swastikas, various floral and geometric patterns alternatively occupy the central part of the circles.

Probably the pavement is pertinent to the peristyle of a private house. It dates from early 2nd century AD and shows parallels with the Central Italy black- and-white floral arabesques, and with some polychrome examples of the African provinces, such as the Sousse “Mask Mosaic” (Tunisia), where the swastika pattern can be found like in Taormina. This mosaic preludes the change to polychrome mosaics, which has in Sicily evident North Africa influences.