However, probably in the Augustan period this side of the forum seems to have already been occupied by the bath-building, which was enlarged in the 2nd century AD, superimposing and obliterating the Hellenistic public building. Excavations carried out in 1964-1966, and later in 1988 found a row of three large heated rooms (calidaria) dated from Antonini era (2nd century AD). 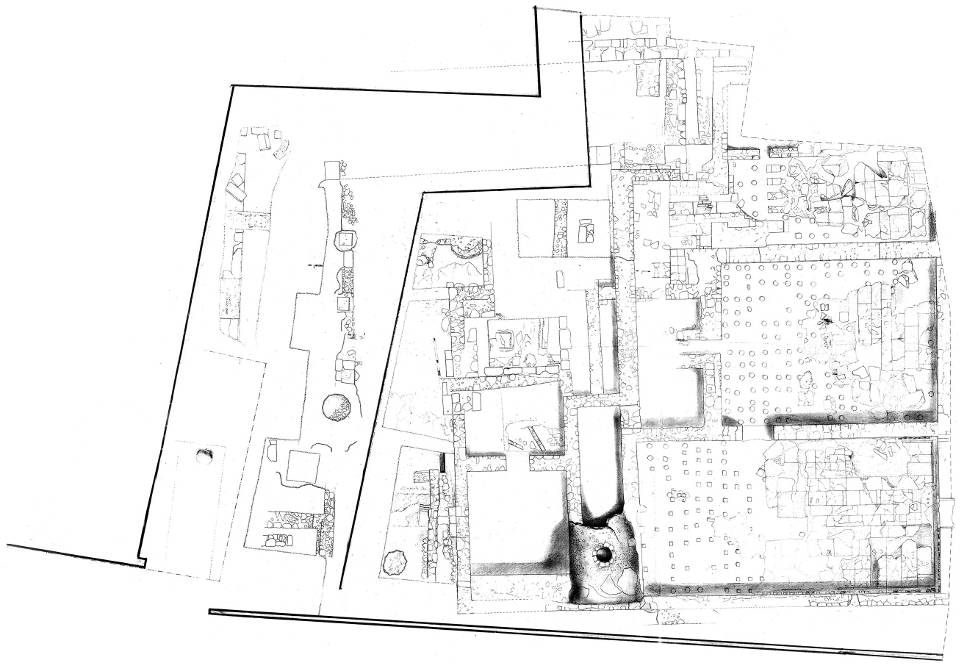 The ground plan of the baths does not appear to follow the canonical axial type. It has been assumed, that the tepidarium was also formed by three rooms in a row on the opposite side (north), now incorporated in the houses of Via della Zecca, which can approximately give the overall dimensions of the bath- building as about 38 x 27m. These considerable dimensions as well as the marble crustae of parietal coverings and the mosaic ceilings testify the public character of the baths.