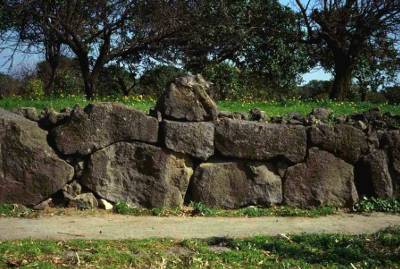 Detail of the imposing polygonal ramparts running along the left bank of the Santa Venera stream.

The fortifications and the correlated system of urban streets of the city in the archaic period have been partially identified. An imposing rampart of polygonal masonry runs along the left bank of the Santa Venera torrent. Portions of the fortifications have been excavated close to the Castle of Schisò and on Cape Schisò, within the gardens of the Museum. On the northern side of the city a small stretch of protheichisma was discovered some 25 m north of the front of the naval arsenal in 2005. The evidence shows that the arsenal was included within the fortifications, as too was a large part of the hill of Larunchi whose summit was probably occupied by the acropolis of the city.

The street network has been partially reconstructed from the position of the gateways that punctuate the circuit of walls and from discoveries made within the urban territory itself. A polycentric urban plan has been deduced from these data. It had at least two different alignments intersected at the centre by the north/south street Sd which acts as a dividing line between the two eastern and western sectors of the city. 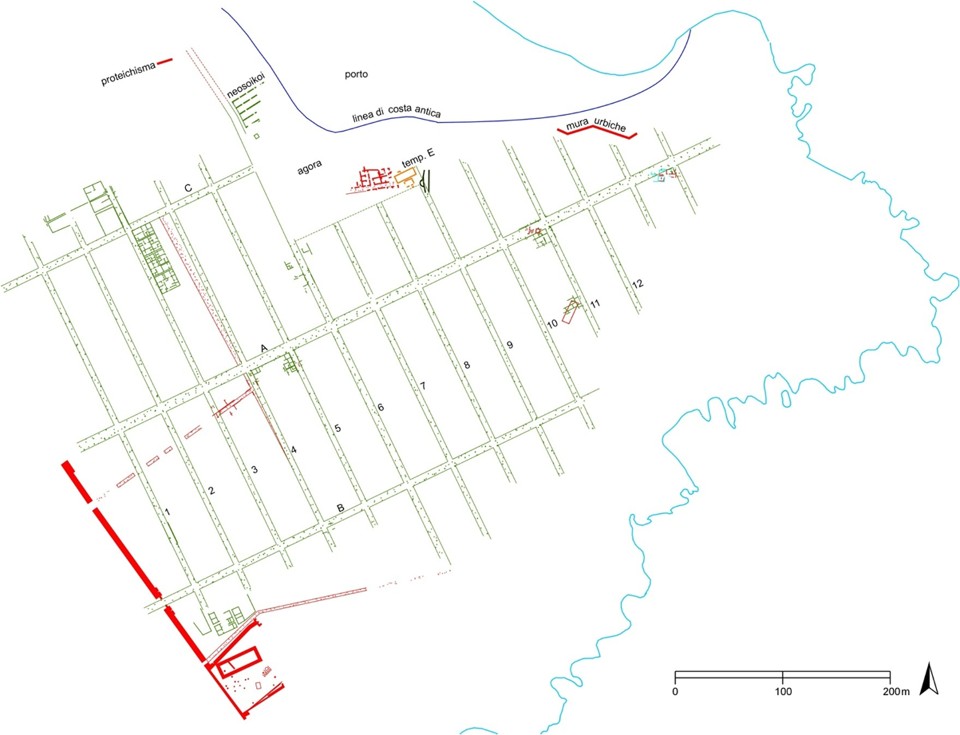 Excavations in the area of intersection 11 of plateia A (2003-2006, 2011- 2012 campaigns), major east-west axis of the 5th century BC urban plan, revealed sections of the north-south street Sh and the east west street Si, both little more than 4m wide, and their intersection. 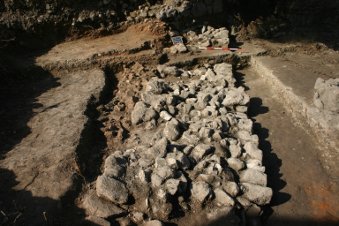 Stretch of the proteichisma unearthed 25 m north of the shipsheds ( 2005 excavations). 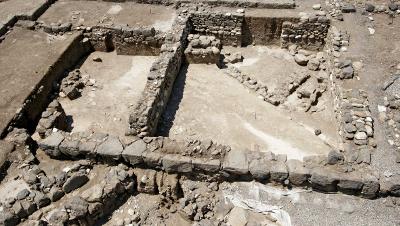 A considerably narrower street (2.80 m) running parallel to street Sh was located 20 m to the west. The distance between the two streets is indicative of the width of an insula or block of houses of the archaic period. The partition of the urban fabric into blocks of houses can be ascribed on the basis of current excavation data to the early 6th century BC, whereas the dating of the street plan is datable, at least in this area, to the mid-7th century BC. 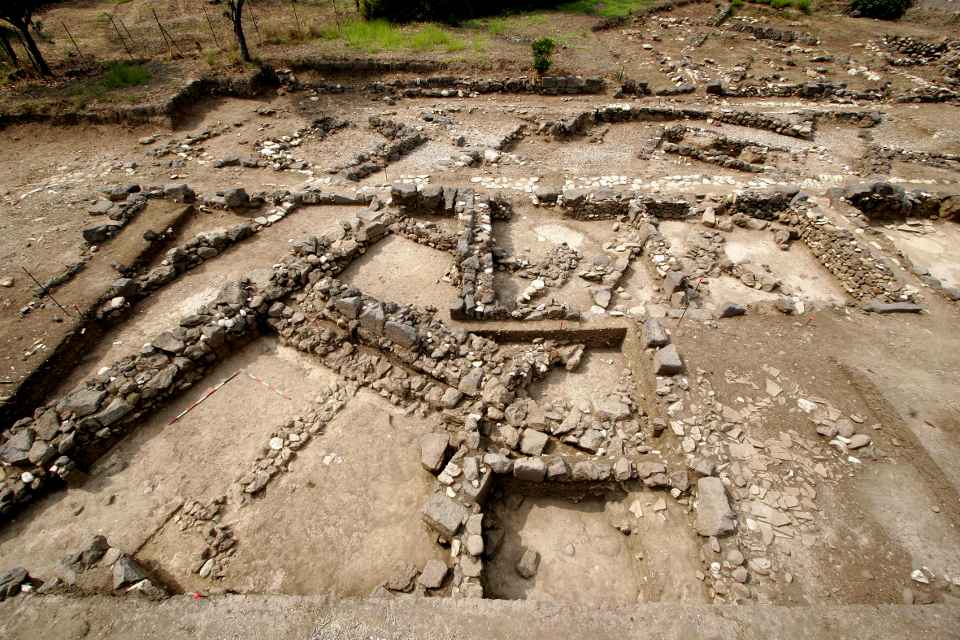 View of the remains of the archaic city structures along the N/S street Sk superimposed by 5th century BC housing block A10 (excavations 2006).