Colonial settlement of the 8th century bc

The evidence currently at our disposal suggests that the first colonial settlement, smaller in size than that occupied by the later city, occupied the eastern side of the Schisò peninsula, in close relation with the bay, which would become the port of the city. The identification of this settlement, covering a restricted area (c. 10 hectares), with the initial nucleus of the colony remains however to be demonstrated. The problem of the possible fragmentation of the first settlement in single contiguous villages (kata komas) and the subsequent formation of the urban fabric through their gradual merging together still remains open. But the concentration and significant volume of Late-Geometric pottery that is registered on the aforementioned eastern side of the peninsula provides a first strong signal in favour of the proposed site of the first settlement. Further confirmation of this hypothesis has been provided by new excavations. 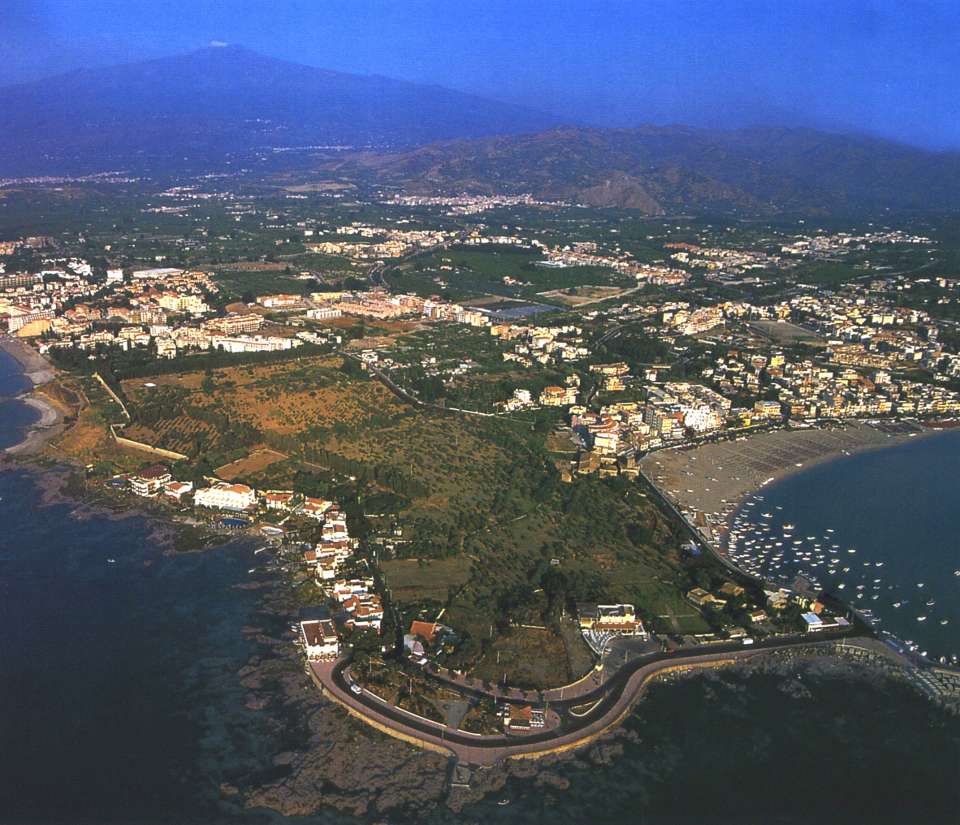 Aerial view of the colony site.

Conducted in the area between intersections 10 and 11 of plateia A of the 5th century BC town plan , and concentrated on the deeper layers of the urban stratigraphy, these excavations have in fact brought to light remains of 10 houses of the late 8th century BC. 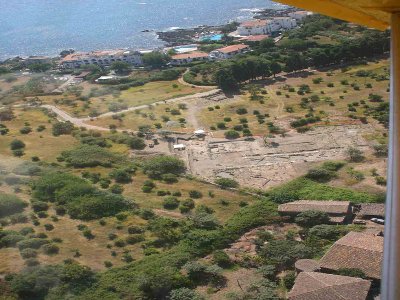 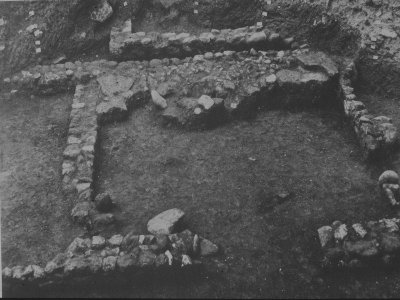 Unfortunately not well preserved, it seems to consist of two adjacent rooms, one of which furnished with a stone bench. Of the houses most recently discovered only House 5 is totally preserved. Rectangular in plan, it is formed of two rooms; in the larger of the two a bench of so-called Greek pi type was found built against the east wall. This peculiar profile , as well as the rectangular plan, shows close contacts with the Middle/Late-Geometric architecture typical of the Cycladic Islands. The resemblances extend to the building technique adopted in the dual-face walls built of small stones and the type of flat roof, attested by the quantity of raw clay found. Another feature recalling the same Cycladic source is the system of aggregation of the settlement in housing units: the houses, respecting the same east-west alignment, are built close together, but are separated by narrow open corridors (perhaps functioning also as gangways). 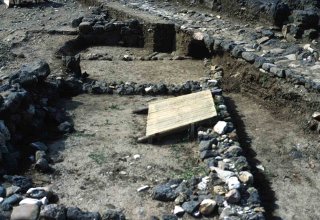 View of House 5 from the east (Late 8th century BC). 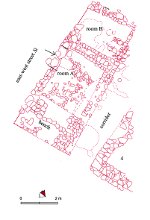 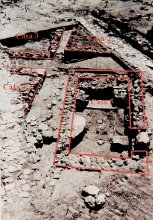 View of House 5 and of the nearby houses, separated by narrow open air corridors.

The edge of a fortification of the middle/late Bronze Age, brought to light to the north, a short distance away, might also have functioned as a defensive bulwark on this side, the most vulnerable of the settlement. 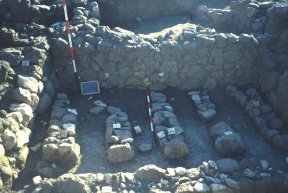 House 10 (Late 8th century BC). Detail of the warehouse and/or granary. 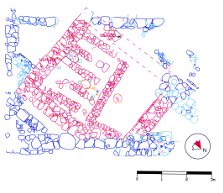 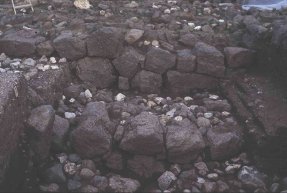 The latest discoveries (2012-2013) have shed further light on the organization of the settlement just described. Three buildings of curvilinear plan (“g”, “d”, “f”), placed very close together and clearly residential in function, were found not far away, to the east of House 5. The find context yielded Late-Geometric Greek pottery, but this was intermixed with impasto pottery of the Late Iron Age (Finocchito culture), proving that they belonged to the colony during its early settlement phase. Buildings “g” “d” and “f” are only partially preserved; their exact plan cannot therefore be reconstructed.. New excavations, on the other hand, have ascertained that building “f" was apsidal in plan and measured some 13 m in length. These are the first curvilinear buildings ever discovered in a Greek colony in Sicily, where the quadrangular plan was considered predominant if not exclusive. In this regard, and with particular reference to the case of Naxos, it is worth pointing out that the curvilinear plan is very widespread and long-lasting (persisting down to the 6th century BC) in the domestic architecture of the motherland, both in Euboea, at Eretria and Chalcis, the latter city being that from which the colonists of Naxos originated, and at Oropos, on the opposite coast of Attica. The identification of the buildings described with the first houses built by the colonists seems convincing on the basis both of the composition of the ceramic evidence and of the discovery of the edges of similar structures most recently found at Cuma, and more generally in consideration of the fact that the formation of a settlement is never instantaneous or coincident with the establishment of the population, but is a gradual process. 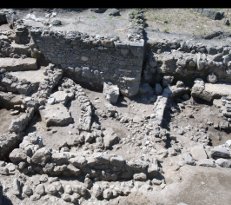 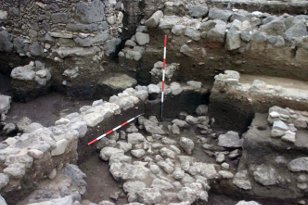